Why did so many people invest in the stock market in the 1920’s?

Why did so many people invest in the stock market in the 1920s?

To begin to grasp why so many people invested in the stock market in the 1920s, let's describe the era.  Investing in the American economy was not a novel idea, as America had become a major magnet for international capital, just as it is today.

Although the American economy had been a backwater, but by the 1920s, the United States economy was the largest in the world.

Before the 1920s, people could always buy stocks, but participation in the stock market was small.  In the 1920s, however, the average person saw buying stocks as a good idea.

Before the 1920s, savings went into traditional instruments, such as bank accounts, and that saved money reflected real economic growth.

However, the denuding of the dollar forced people to find financial instruments which kept their value and many people chose to buy stocks, a reflection of perceived future business profits.

The mania to buy stocks reflected changed circumstances.  You can see this thinking today, as the average person is looking for financial instruments paying more than normal savings accounts in banks.

In the 1920’s there was very little government oversight, while the public was purchasing stocks through investment clubs, they used installment plans, bought with capital not with income, and bought on margin.

The 1920s was a decade of rising incomes for the average person with new conveniences and luxuries that had previously been beyond their reach.

However, for many of the new Wall Street millionaires, getting rich the honest way was not enough.  This played into the schemes of swindlers, and questionably honest promoters with stocks in nonexistent companies, speculation in real estate or oilfields, get rich quick schemes, or a plan to redeem postal coupons from overseas.

These boom times were an invitation to risk, fed by capitalist innovation centered around technological inventions, and the general economic boom.

Prohibition helped make Americans susceptible, as thugs like Al Capone became millionaires.  The average citizen felt few qualms when buying booze from these people, as people crossed the moral line and sold booze to those who were willing to buy.

The grandfather of a friend of mine, for example, made and sold bathtub gin created in his tenement apartment, and he was an honest and religious man. 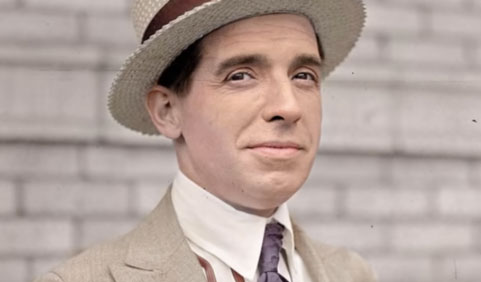 People sometimes lacked sufficient financial literacy to understand the difference between investing in a Ponzi scheme or in a legitimate company.  Charles Ponzi claimed to use buying Spanish mail coupons to redeem them for U.S. stamps, but he was just taking money from new investors to give money to his old investors, but he was simply recirculating cash.

Another example of these schemes was used by Leo Koretz to sell shares in nonexistent Arkansas rice plantations and a logging company with oil supposedly beneath it.

He ran his Bayano Syndicate scheme for 20 years, in which he promised high returns long enough to keep his pyramid scheme alive, while he managed to convince many investors to reinvest.

There were other schemes, including land speculation to investors, many whom never visited Florida, a sort of money migration to the Sunshine State.

Oil drilling schemes flourished with chartered buses to drive the investors to the oil fields.  One particular con merchant, C.C. Julian, fled the country under a cloud of mail fraud allegations, and committed suicide in China.

The proliferation of these schemes caused some industry moguls to worry that these con artists would have an adverse impact on the capitalist systems, as these frauds ate away at legitimate business and undermined public confidence in the market and capitalism.

Eventually, when the Wall Street bubble crashed in 1929, the prosperity funded by these dubious schemes went up in smoke.

However, the idea that wealth can come easily remains part of America’s mentality.

While investors should invest carefully, stocks are not usually risky investments if investors do their due diligence.

In the long run, stocks perform better than other types of investments.

This is true worldwide, not just in America.  Stocks can be volatile short-term, but long-term stocks can provide a high rate of return.

Moreover, stocks are easy to liquidate and provide dividends.

However, watching the stock market can be nerve-wracking, so investors should take a careful long-term approach, something more easily said than done.

Bubble and crashes similar to the 1920's

Although the Tuesday, October 29, 1929, Black Market Day set off the Great Depression, there have been black days before.  September 24, 1869 was the Black Friday when investors unsuccessfully tried to corner the gold market.

During 1929 through 1933, stocks crashed, but there was no strategy to avert the disasters.

Bonds tanked, owning gold was illegal, and ditto with money in the bank.  In retrospect, the government lacked concern in the gold-dollar during the 1920s.

Eventually, the government intervened in the early 1930s with taxes, confiscation, and tariffs, and spending increases.  Stock market mania helped trigger the Great Depression, but the collapse had many fathers, while the government was reluctant to admit its share of the blame.

How to avoid a similar fate to the 1920's crash

This is because the conventional means for savings that kept up with inflation was largely not available.  It explains why people will sometimes make somewhat risky investments in every era and we see that during every stock market bubble.

We should not be so smug that we can label the investors in the stock market in 1920s as unsophisticated fools who were there just ripe to be harvested by dishonest financial criminals.

We are not much smarter than those who came before us.  Many investors bought shares in questionable companies, because the people around them were doing the same thing (Group think), and for quite a while they were making significant returns on their investments.

I remember the nearly worthless shares in companies my friend's grandfather owned and I recall all the stocks friends held mainly in Canadian cannabis companies for way too long.  After all, they were well-educated with many years in the business world, and yet they lost thousands of dollars.

The 1920s was an era long before the Internet, so finding information from Internet resources could not be done.  Financial theft continues, but the instruments for con merchants have changed and perhaps gotten more sophisticated. 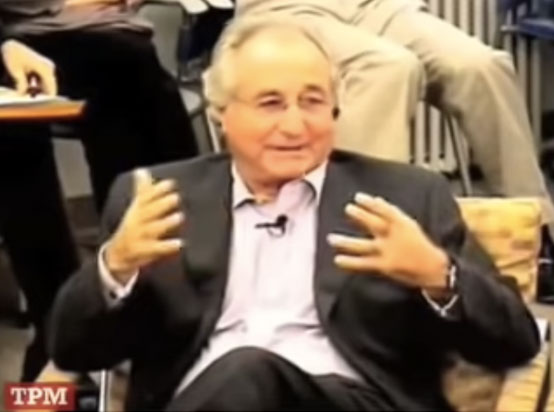 Bernie Madoff was a modern version of earlier fraudsters and his investors were arguably more sophisticated and better educated than those in the 1920s.

Law enforcement and regulatory agencies have surprisingly limited tools as they decide if they have jurisdiction to pursue and prosecute the criminals.

Meanwhile, politicians are sometimes in bed with the creatures who reinvent these financial frauds, so it barely raises eyebrows when documents are deleted from computers or flushed down toilets.

Fortunately, the government has put in mechanisms to protect small investors, so a collapse similar to what happened in 1929 is less likely.

Moreover, now the average investor has tools to learn what is likely to be a safe investment, including various sites on the Internet, if only the investors would use the tools that were not available in 1929.

Among those protective tools are:

These protections are not perfect, largely because there are many fake brokerage websites in and outside of the United States, but there is more protection than existed prior to the stock market crash in 1929.

The mechanisms for recovering funds depend on whether money has traveled interstate or internationally insofar as civil and criminal investigation prosecution.

Asset recovery firms claim to help victims for hefty upfront fees and a percentage of the recovery, but these companies are usually scamming the victims for a second time.

In conclusion, before we criticize the people who were victimized by the scammers in the 1920s, we should consider whether we would have fared much better with the tools they had for making prudent investments.

You might also wonder can felons invest in the stock market? We take a look at the Beep Boop Indicator which is used in trading and technical analysis here. and What is the minimum credit score in Samsung financing?

Add your thoughts in the comments below