How Much Money Does Disney Make in a Day?

How Much Money Does Disney Make in A Day?

But let's take a closer look at the The Walt Disney Company (DIS), so you can consider whether you might want to invest a bit of money in Disney’s stock.

Disney is in no danger of going bankrupt due to Covid-19.  Disney has so many streams of revenue, that the pandemic is not going to be serious threat to its profitability, although it has slowed its growth.

Disney makes money in all sorts of ways.  The huge sales operation Disney has allowed it to have an enormous profit margin.  Merlin, a major British competitor in attracting visitors only gets about half the visitors to its theme parks that Disney gets, around 67 million in 2019 before Covid-19 hit us.

The Walt Disney Company is a diversified worldwide entertainment company and has come quite a way from when its main product was Mickey Mouse and Steamboat Willy. 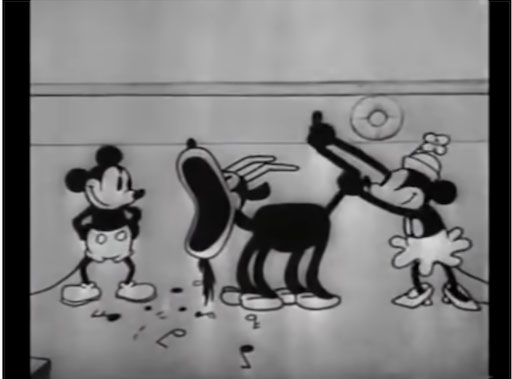 The company produces live entertainment events and it is involved in everything from film and television, theme parks, its cruise line, resorts, and related products.

Most of Disney’s revenue is generated through its Linear Networks, but its other enterprises generate a significant part of its revenue.

When I looked at the revenue, I understood why Motley Fool kept recommending this stock.

Motley Fool opines that Disney is emerging from the pandemic quite strong. Disney is working on a master-planned community in Rancho, Mirage, California.

Disney will introduce a subscription offering in the US in late 2022 and internationally in 2023, in which consumers will be provided with more choices and control.

Management anticipates that Disney’s profitability to rise to between 230 and 260 million subscribers by 2024.  Disney plans to add from its current 64 to 160 subscriber countries by 2023.

Disney’s earnings per share for the first quarter was $1.06 and that beat the $0.61 expectation.

On May 17th 2022 when this article was published, Zacks was a bit more cautious, as it recommends a hold. At that time DIS was trading at around $107.50 per share.  If you decide to buy this stock, you should consider how it would fit into your stock portfolio.

You would be at the whim of its business prospects, but if you believe we are finally seeing the tail end of Covid-19, it might a stock to buy.

For three-month period ending on December 31, 2021 which is the first quarter earnings for 2022 released on February 9th 2022, Disney showed income of $21.8 billion dollars, with overall revenue increasing 34.3% of the prior year.  That’s pretty good for a company whose main product used to be a mouse.

Disney has suffered from the negative impact of Covid-19, as it was forced to close its resorts and theme parks and suspend its cruise ship and guided tours.

However, Disney has gradually been reopening its theme parks at reduced capacity and the pandemic has reduced the amount of content in its entertainment and media businesses.

(a) Disney Media and Entertainment Distribution and (b) Disney Parks, Experiences and Products. Its media and entertainment businesses contain three components: Linear Networks; Direct-to-Consumer; and Content Sales/Licensing and Other.

Linear Networks operates many properties, including cable networks such as Disney, ESPN, and National Geographic, television network and domestic television stations; and a 50% stake in A+E Television Networks.  Linear Networks had $7.7 billion in first quarter 2022 revenue, slightly down from a year ago, and this is 35% of total revenue. 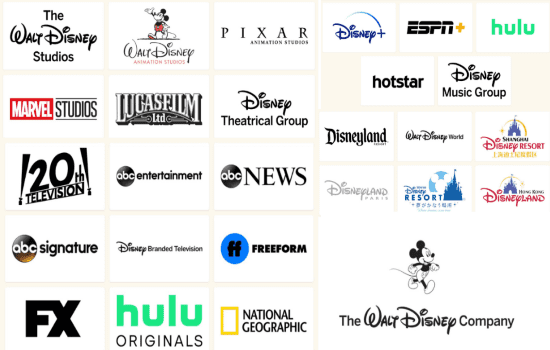 This segment had $2.4 billion in revenue, up 42.9% from the prior year, and this accounts for 11% of Disney’s total revenue.

Disney’s Parks, Experiences and Products segment consists of parks and resorts worldwide, a vacation club, a cruise line, and worldwide theme parks, as well as food and merchandise.  This portion accounts for 62% of Disney’s operating income and 33% of its total revenue. 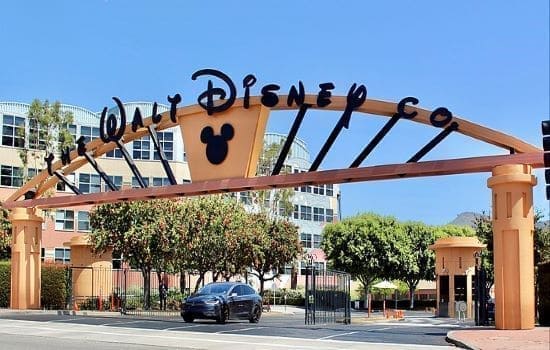 Disney is such a huge conglomerate they we should look at the company in the following manner and keep in mind that some of these categories overlap.

In terms of its media network, Disney consists of networks and brands intertwined with Disney, Freeform, ESPN, FX, and National Geographic.  Disney owns 8 US television stations, and ABC brands, and it has a 50% interest in A-E Television Networks.

The company has hotels and many theme parks, both in the United States and internationally, twelve theme parks and six resorts. Disney made sure that their names, brands, and characters are licensed, and it guards its international property protection online, as well as through retail and wholesale channels.  This allows Disney to earn revenue through licensing agreements, resorts, park tickets, and merchandising.

Disney earns money through stream and television networks.  It does this via Disney, Hulu, and ESPN as part of its Direct-to-Consumer and International Division.  Moreover, the company has numerous digital content outlets, an international television network, as Disney gets money through subscription fees, licensing fees, advertising, and subscription fees.

At the time of writing this article (April 2022) Glassdoor gives Disney 3.9 out of 5 and 4.1 out of 5 on a diversity/inclusion scale.  It is hard to find negative reviews and the company seems to provide a decent work/life balance.

It is very hard to find negative reviews about The Walt Disney Company.  This might reflect the approach Disney has apparently taken when it has acquired a company by allowing a considerable degree of autonomy in running their business and it has allowed a lot of independent business decisions within limits, allow it has eliminated duplicate functions that can be shared across Disney.

This has allowed each segment to maintain its unique culture.

This translates into having people who like to work at Disney and that translates into company pride, and a desire to protect the Disney brand and it contributes to a decent work environment, and that is why you see that 3.9 and 4.1 rating.

Disney employees do get free tickets on Disneyland rides, but they can only bring three people with them on each visit.

On the plus side, it is relatively easy to get a job at Disney World and Disney, and your son or daughter could possibly get an internship through its college internship program.

By working for or investing in The Walt Disney Company, you will be directly connecting with one of the world’s largest technology companies with interests in entertainment, the media, theme parks, and cruises.

The company has earned a reputation for trying to do the right thing and being a good corporate citizen.  This is quite a long way from the time when Walt Disney introduced Mickey and Minnie Mouse to the world.

Disney has spent decades capturing the imagination of every child with its animated characters, so when youngsters go to a Disney theme park, they already recognize Cinderella, Donald Duck, Mickey and Minnie Mouse.

This is reinforced by its movies and animation.  This results in a huge income stream for Disney. 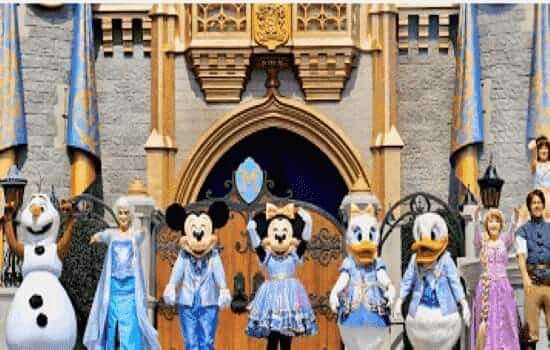 Disney has largely defined entertainment.  This company has integrated its national parks and movie lovers are given the chance to relive those adventures from Disney’s films.  Moreover, Disney has tried to make everything seem as real as possible.

Then, when the visitors at Disney World enter the gift which are strategically located at the exit points of rides, the visitors leave Disney with their money.  Moreover, Disney has placed its food and beverages in places where it will be another income source.

Hence, an internship at a Disney theme park would be worth shooting for.

You might be also interested in How do Churches Make Money? and How Much Do NBA Owners Make?