As is indicated in the names, both are Fidelity funds, but there are several key differences between them that greatly influence them. 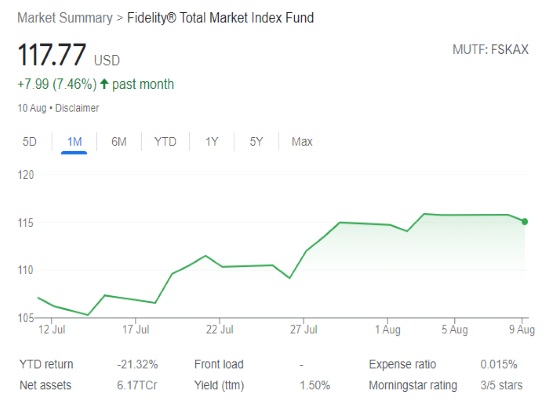 The key difference of FSKAX vs FZROX lies in the indexes that they track. FSKAX attempts to track about 80% of the Dow Jones U.S. Total Stock Market Index. On the other hand, FZROX tracks the U.S. Total Investible Market Index.

The second largest holdings are also both Microsoft at 4.71% and 4.75% respectively. This is simply because of the types of indexes that they track, which are both indexes that attempt to portray the general market. 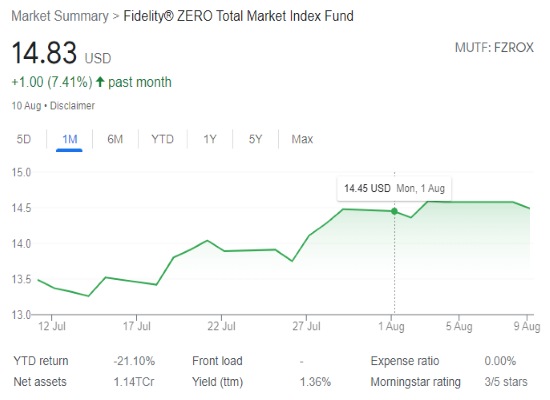 Another big difference between FSKAX vs FZROX is the fact that FZROX cannot be moved outside Fidelity without a sale, while FSKAX can. The reason for this is not clear, however we can assume that this is because of the promised lack of fees which will be discussed below.

Because a sale occurs, there are several tax implications. However, these can be avoided with some planning; such as in a tax deferred IRA. In some instances it is also possible to swap FZROC for FSKAX and then moving it.

FSKAX vs FZROX risk can be measured in multiple ways.

The first way to measure the possible risk associated with owning FSKAX vs FZROX mutual funds is to look at the diversity of the two.

FSKAX holds 3,875 different assets, making it incredibly diverse. However, the holdings of FZROX are still very high, although considerably lower than FSKAX, at 2,631.

Although both these values are very high, the difference is as well. FSKAX has almost 150% the number of holdings as FZROX, making it lower risk in terms of diversity.

Another important thing to take into account is the liquidity of FSKAX vs FZROX. The net assets of FSKAX are valued at $67.386 Billion on July 31st 2022.

FZROX is also a relatively large mutual fund, but it is much smaller than FSKAX with only $12.51 Billion on July 31st 2022 in total assets.

This is a good indication of the difference in liquidity. Because there is so much of FSKAX available, it is safe to assume that the number of sales and purchases are greater, or occur more frequently. This means that it is easier to buy or sell FSKAX at any given time, because it is more likely that someone else is trying to buy or sell.

The market price of FSKAX vs FZROX varies greatly. At the time of writing this article, just after market open on August 10th, 2022, FSKAX is $115.10, and FZROX is $14.49. This large disparity in price may or may not play a role in affordability.

Depending on your brokerage, there may not be a minimum amount that is required to invest in these mutual funds. However, many brokerages will only sell whole stocks, instead of fractions.

If this is the case with your brokerage, it may be more affordable to invest in FZROX, and you may not require as much capital to diversify your portfolio as you would have to put up to invest in FSKAX. It is important to note that, if you go directly through Fidelity, there are no minimum investments for either.

When it comes to FSKAX vs FZROX, like all other mutual funds, any additional costs are also important to take note of. This is due to the fact that any costs, especially those that occur annually, can add up over larger periods of time and greatly reduce profitability.

It is also important because it gives you some idea as to the capital that you may require in order to keep the asset in your portfolio at any given time.

FSKAX has an expense ratio of 0.015%, which is considered quite low considering a well known mutual fund such as VOO (Vanguard 500 Index Fund) is 0.03%. This means that, for every $100 that is owned, there will be a cost of 3 cents per annum in order to hold that position.

You can read about our comparison of VUG vs VOO here.

On the other hand, FZROX is a very unusual mutual fund because it has no expense ratio at all. There are absolutely no fees or expenses attached to the fund other than the brokerage fees that you might incur when buying or selling a position.

This means that, in terms of cost alone, you will be saving - or making - an additional 0.03% in any investments made in FZROX every year, as opposed to FSKAX. 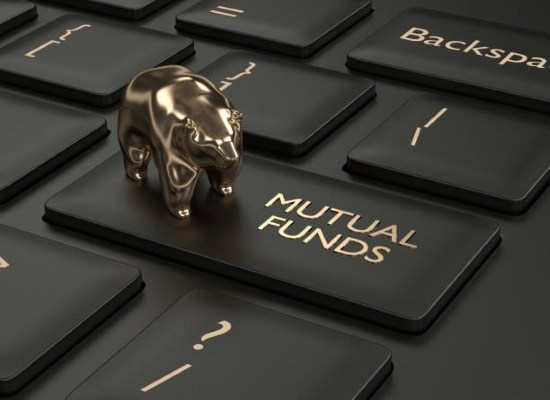 The FSKAX vs FZROX dividend yield is important to take into account, especially because it may offset any costs incurred, even if those are just brokerage fees.

This is still quite a lot larger than FZROX and should seriously be considered if your intention of purchasing the mutual funds is for dividend income or maximizing the growth of your money, rather than just diversifying your portfolio.

Your dividend income for FSKAX would be $150 per year, and after paying fees you would be left with a profit of $148.5. Although this may not seem like that much, it is a 9.2% difference.

Another important difference that should be considered is the rate at which dividends are paid out. FSKAX, like most other mutual funds, pays out dividends four times a year, or every quarter. On the other hand, FZROX only pays out dividends once a year, in December.

Similarly, FSKAX has a remarkable track record for paying out dividends. Dividends, although expected, are not compulsory for any asset, and can be withheld for no reason at all. The historical evidence that FSKAX has regularly paid out dividends indicates that it is likely to continue, whereas FZROX is still far too new to extrapolate such a conclusion.

Usually, the best way to determine the performance of any asset is to look at how it has done historically. The more time over which you can observe that performance, the more likely it is that that performance will continue, although that is not always the case.

This becomes difficult when comparing FSKAX vs FZROX because FZROX was only created in 2018. The performance can still be traced back to the inception date and compared, however there is no comparative date before that so the figures can not be taken in isolation.

In the case of FSKAX vs FZROX, their performance over the past few years has been almost identical as can be seen in the graph below of FSKAX (Blue) vs FZROX (Orange) percentage growth since the creation of FZROX. 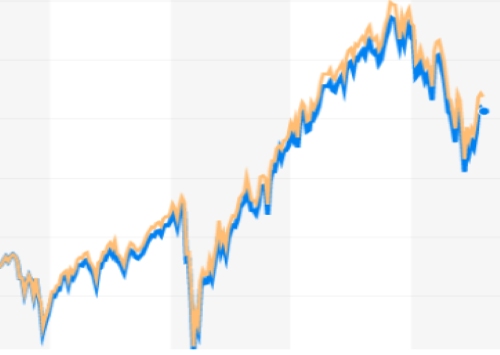 It can be observed that FZROX consistently performs a little bit higher than FSKAX, but with so little time on the markets it is difficult to identify this as a long term trend but can only be labeled in terms of short-term performance. If, however, we do assume that FZROK would have been similar to FSKAX over the past five years, then it can be assumed that returns would have mimicked the 63.61% of FSKAX.

When comparing FSKAX vs FZROX it is difficult to say which is the better option. This is mostly due to the fact that there is so little historical data available on FSKAX. However, we know that historical data is not always accurate, and that there is no guarantee of what the future holds.

If you are worried about cash flow and want to start investing without much capital available to you, then the FZROX mutual fund might be the better option for you.

But, if you do not mind the expense ratio, and want more flexibility, then FSKAX might be the better option. It is well trusted and has proven itself time and time again.

Either way, both seem to be very good mutual funds that keep up with, and exceed inflation by a generous amount in bearish market conditions.

Remember that, regardless of which you choose, it is important that you manage your risk and trade responsibly.